House of Representatives Speaker Marzuki Alie said on Friday that he was ready to take an 80 percent pay cut as a sign of his concern over the government’s plan to raise the price of subsidized fuel next month.

“It is not a problem,” Marzuki said while responding to remarks by Lukman Hakim Saifuddin, the deputy speaker of the People’s Consultative Assembly (MPR).

On Friday, Lukman suggested that senior public officials take a 10 percent to 15 percent pay cut instead of allowing the government to increase subsidized fuel prices to help slow the growth of the state budget deficit.

With oil prices soaring to $118 per barrel in February, up from $116 in January, the government warns that the budget shortfall could widen to 2.2 percent of the country’s gross domestic product this year, up from the original target of 1.5 percent of GDP.

The government is expected to raise the subsidized fuel price by 33 percent to Rp 6,000 (66 cents) per liter. That move could save the government about Rp 31.6 trillion, according to research by Investor Daily, a sister publication of the Jakarta Globe.

The second option would be to install a fixed subsidy of Rp 2,000 per liter of subsidized fuel. That would save the government about Rp 25.8 trillion.

The Finance Ministry has already earmarked Rp 123.6 trillion for fuel subsidy spending, but that was based on the assumption that the price of oil would not exceed $90 per barrel.

Lukman, deputy chairman of the United Development Party (PPP), said the government could save roughly as much money if the president, ministers, chiefs of government bodies and police and military generals agreed to have their salaries slashed.

“There must be a bold policy from the government to compensate the strains put on our state budget,” he said. “If we raise [subsidized fuel prices], then the poor people would pay the heftiest price.”

According to Basuki Tjahaja Purnama of the Golkar Party, he receives Rp 51.5 million in take-home pay every months after taxes. That amount includes his basic salary, legislative allowances and benefits.

He said that the various sums of money he received each month included an intensive communications stipend, a monitoring and budgeting allowance, a committee allowance, a phone and electricity allowance, an aspiration allowance for meeting with constituents and even an honor allowance.

House leaders, he said, had even more pay and stipends, with a commission chairman taking home Rp 54.9 million per month and deputies Rp 53.6 million.

Removing Rp 25 million from each lawmaker’s pay would generate Rp 13.75 billion per month, he said, or a savings of about Rp 165 billion a year

Marzuki said that he was ready to have his pay cut by 80 percent but claimed that it would not solve anything.

State-run oil and gas company Pertamina, he said, must refine all of its oil domestically instead of shipping it to other countries like Singapore, which would significantly reduce the cost of oil production.

“Right now we can only produce 50 percent of our domestic needs. I will propose this to the House Commission VII [overseeing energy] to be followed up,” Marzuki said. 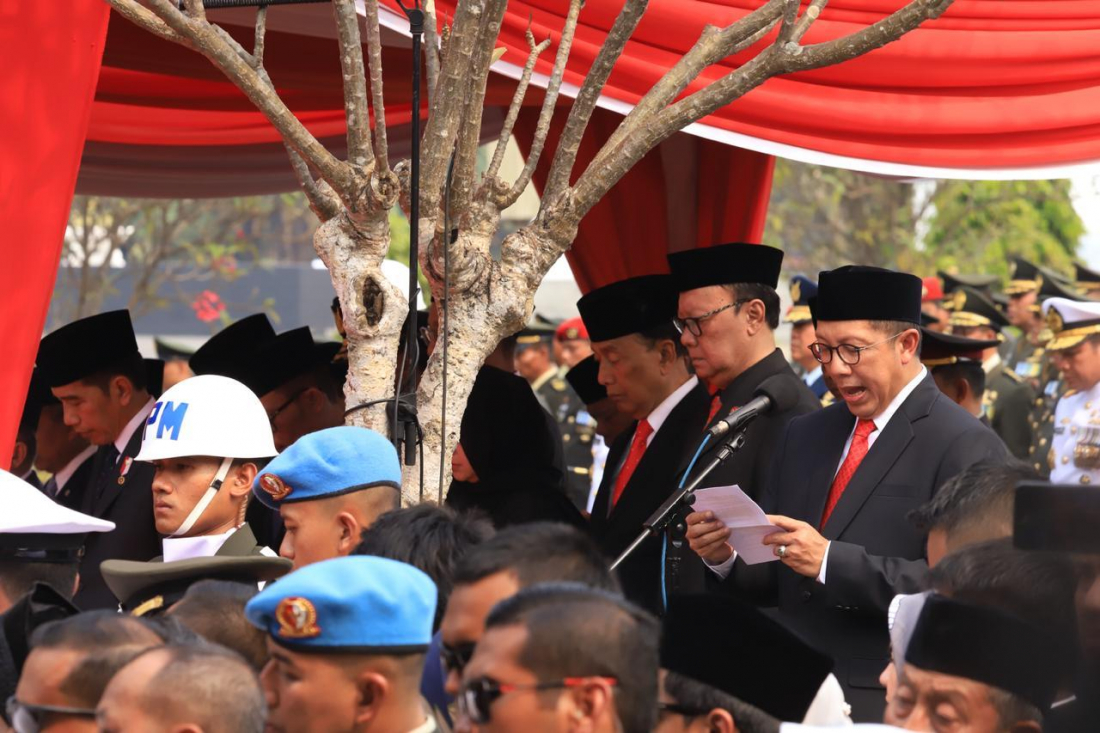